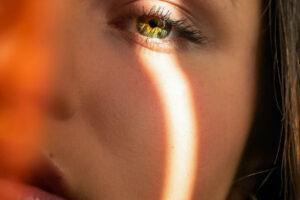 Depending on our skin type, we are not all equal when it comes to the sun and natural aging. Research has made considerable progress in recent years in the understanding and treatment of pigmentation-related pathologies.

What is skin pigmentation?

Skin pigmentation: how does it work?

Skin pigmentation is a natural phenomenon produced by skin cells. Melanocytes are present in this process. They in turn produce melanin in the different layers that make up the epidermis.

As skin cells are constantly renewing themselves, melanin rises to the surface to become visible. The pigmentation is then done in a homogeneous way.

On the other hand, it happens that melanin does not play its role correctly. We then see the appearance of brown spots which are a sign of hyperpigmentation.

In the case of depigmentation of the skin, lighter spots appear. The main cause is exposure to UV rays that penetrate the epidermis and can cause melanocytes to malfunction. These produce an excess of melanin which manifests itself by an inhomogeneous diffusion of the latter.

In the case of frequent exposure to the sun, the face, neck and hands are the areas where this type of staining occurs. They affect many people who work outdoors without being able to protect themselves. This is also the case for fair skinned people who are prone to these spots after the age of 50.

Finally, another origin is hormonal. Hyperpigmentation can occur during pregnancy or during hormonal contraceptive treatment. In these cases, the skin will clear up once the hormonal levels have been rebalanced.

Other factors are involved in skin pigmentation problems. Some plants present in cosmetics but also some drugs can act in the presence of UV and cause hyperpigmentation. This particular sensitivity is called phototoxicity. It also happens that lesions or scars are a favorable ground for the formation of spots. Other external effects are due to rubbing of clothing or the effects of hair removal.

Located in Grasse, in the south of France, Phenocell is a contract research organization. Its CRO status is focused on new technologies in dermatology and ophthalmology. The development of in-vitro cells is one of its favorite fields. It works on customized trials in order to propose solutions adapted to each case submitted to it.

Its cutting-edge technology is recognized among the leaders in cell analysis. It allows us to offer individual answers to cellular problems. Skin pigmentation is one of its areas of intervention. Using a range of analyses followed by in vitro cell production, Phenocell aims to improve skin problems in a highly targeted way while preserving natural pigmentation.

What role can Phenocell’s technology play on acne?

Acne is one of the skin problems that Phenocell focuses on. It affects about 85% of teenagers worldwide. In addition, up to 40% of adults are affected, making it a major area of research. Its cause is a priori genetic and environmental, the most extreme cases requiring specific treatments.

Sebum is the cell responsible for acne, the pores being blocked by it as well as by dead cells and bacteria. It appears 99% on the face, but also affects the neck, chest, back and shoulders. These areas have large amounts of sebaceous glands.

In order to offer a solution to those affected, Phenocell has developed an innovative protocol to produce sebocytes. Induced pluripotent stem cells (iPSC) are thus used for acne research. A catalog of 18 biological tests allows us to target the information as precisely as possible. It is possible to observe sebogenesis and its development. The studies underway also concern the effectiveness of the proposed treatments. To date, it is known that 90% of cases are improved by half after three months.

The studies conducted by biotechnology researchers are all the more interesting because they are based on new tools.